Journalists depend profoundly on our sources – we don’t make or fake the news, we talk with those who make and witness the news. Our reporting strives for accuracy – names, dates, quotes. We strive to represent people and positions fairly, and to present our materials and reasoning for scrutiny and corroboration.

In that spirit, we list our sources – people, documents, other published stories.

If you find mistakes, or misrepresentations, let us know.

According to abbyleeaz.com, Growers Market, Inc. was established in 1976 by Neal Brooks, the President and Founder. Starting from his backyard, Neal slowly and successfully grew the company to what it is today. As of Today, Growers Market, Inc. has three prime locations around Arizona. These three different climate facilities allow Growers Market to grow everything naturally. One of the key concepts and mission is to ensure the public that everything is locally grown.

“We strive to provide the freshest possible, locally grown acclimated plants and produce at the most competitive prices available. Our company owned fleet of trucks provides daily delivery, which allows our customers to only sell the freshest products available anywhere. We pride ourselves on quick response to our customer’s needs. From the vine to your table in under 48 hours.” – Neal Brooks

According to Freeman’s biography on mesaaz.gov, Freeman’s Mesa roots run deep, as his ancestor, Charles Crismon, was one of the founding fathers of Mesa. His family has farmed in the Valley since 1878 and Freeman continues that tradition today, growing alfalfa and sweet corn and running a summer farmer’s market at Brown and Center Street.

Freeman currently serves as a Council member for the City of Mesa, Arizona and is the President of the Maricopa County Farm Bureau.

According to Garcia’s website, http://www.mattgarcia.org/, he has served as the Director of the School of Historical, Philosophical, and Religious Studies at Arizona State University. And currently he is a Professor of Latin American, Latino, & Caribbean Studies, and History at Dartmouth College.

Garcia wrote, “From the Jaws of Victory:The Triumph and Tragedy” of Cesar Chavez and the Farm Worker Movement is the most comprehensive history ever written on the meteoric rise and precipitous decline of the United Farm Workers, the most successful farm labor union in United States history.

Garcia vividly relates how, as the union expanded and the boycott spread across the United States, Canada, and Europe, Chavez found it more difficult to organize workers and fend off rival unions. Ultimately, the union was a victim of its own success and Chavez’s growing instability. 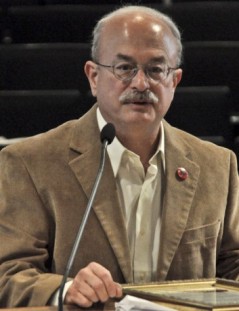 According to Grossman’s LinkedIn, Marc Grossman was Cesar Chavez’s longtime press secretary, speechwriter and personal aide, and directed international media coverage of his April 1993 funeral in Delano, Calif. He still serves as communications director for the Cesar Chavez Foundation, spokesman for the United Farm Workers of America and was technical advisor for Diego Luna’s 2014 major motion picture Cesar Chavez.

Among his duties with Chavez was responsibility for the union’s press relations; helping Chavez with speeches, correspondence, public statements and commentary pieces; serving as the UFW founder’s personal aide; traveling with him across much of North America; and advancing his nationwide tours. Until Chavez’s death in 1993, Grossman continued working closely with the legendary civil rights and farm labor leader on all his major speeches, writings and news events

According to the Crooked Sky Farms about page, the farm is owned by Frank Martin. Farmer Frank had always dreamed of becoming a farmer after working closely with his father in the sixties in the fields.

Embracing the teachings of his dad, a Native American migrant farm worker, Frank continues the Native American traditions of using: Heirloom seeds, natural care for the soil, crop rotation, and other sustainable farming practices.  He believes in the “Stewardship of the Land,” where first priority always remains taking good care of the land, plants, animals, and people. 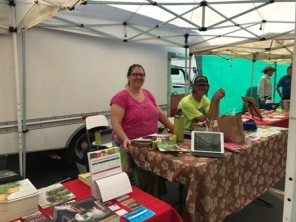 Manager of the Ahwatukee Farmers market in South Phoenix.

Photo source and about the market